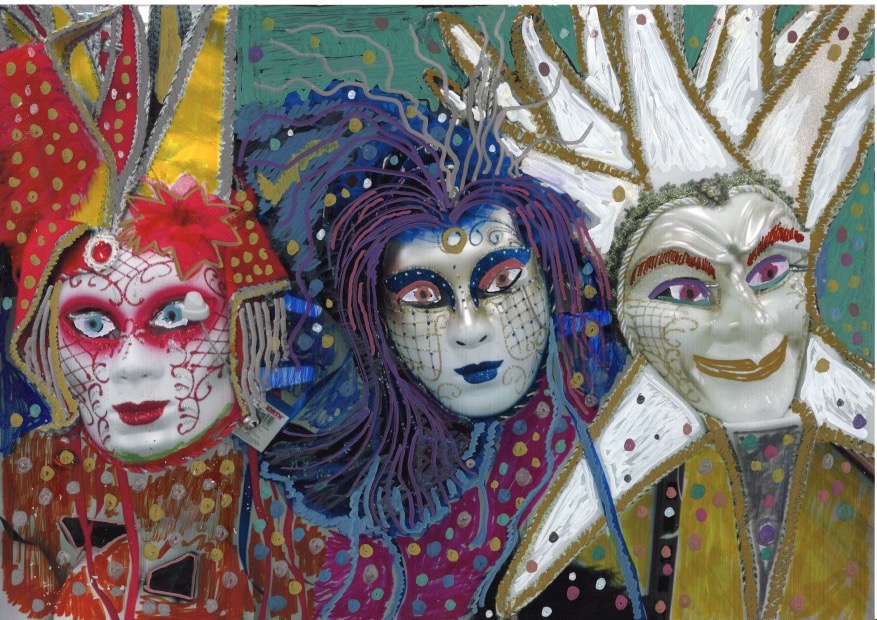 On the never-ending tour to a specialist who had mercy on me, I drove to a small town only half an hour away for my second and last visit. When I left the practice on Saturday the fourth of Advent with the feeling that I had obtained medical help, because the good doctor, herself obviously no longer in the best of health, cursed her neighbor city colleagues about her laziness (“the method of treatment is so yesterday, when did the good colleague do his last advanced training”) and calculation (“this treatment costs money, but is of no use, not true”) towards her own patients. She would simply not be physically able to care for more patients. She obviously spoke the truth. On a Saturday morning in a regular consultation, “one had” finally “taken an oath”. I withdrew. Respect, doctor.

A little later, back on the street, I just needed a few steps in the fresh air to calm myself down. I heard relatively intonation-safe Christmas musicians from the pedestrian zone, which also existed here, and followed their call right into the heart of the small town. There was a pre-Christmas bustle here, which was not broken by the multitude of migrants who had settled here for many years, paired with a determination for the home decoration finale that, as overflowing bags revealed, knew no bounds. This also became apparent when I entered a department store, as it had been in my hometown in the past and in my adopted hometown as well. The assortment of goods there conjured up a deja vu experience. Everything that is considered expensive in our society and an indicator for noble circles, was represented here by an extremely inexpensive, mostly clumsy looking duplicate. Here the widest gold edges were found on plates ever, the thickest chocolates, the most crystalline glasses and bowls. And at the head end of one of the many corridors they hung: three masks, from whose eyes the hooks bored out, because behind the masks there was no truth, but only more masks, which in turn hid more masks. I stood in front of them, asking for the reason for their being here, but their gaze revealed with no expression that they understood me. Finally I took a photo of them and for a moment it seemed as if I had seen the middle one, who seemed to be most interested in me, smiling. But when I looked at the photos from that morning at home, I couldn’t see anything. When I brought them back to a life they didn’t even know with my lines and colors, it seemed as if I had done many things right. Or something similar. Perhaps snowmen would be built again this winter.