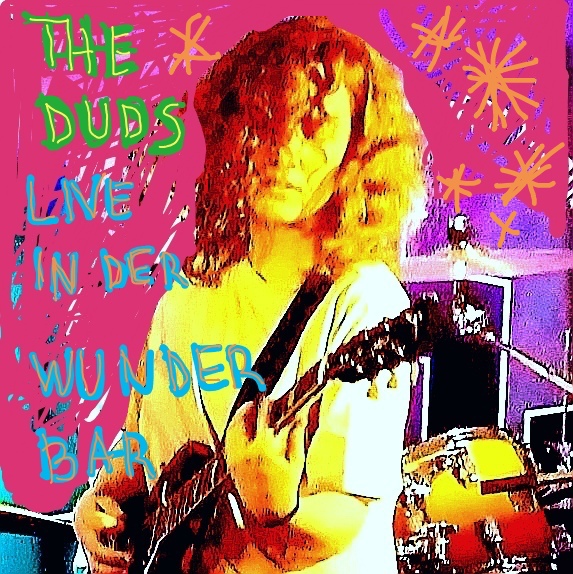 With this picture it behaves like this. My daughter started to be interested in pop music at a young age and took guitar lessons and founded a band and I always took note of her development, tried not to be too enthusiastic, not to push her too much, but also tried to support her. I couldn’t help but think with them, they were moving on “my” terrain: ROCK MUSIC.

Anyway, I was excited, also inspired and did what a fan does, made playlists, burned compilations on CD, made self-designed covers. Especially for myself. Their first band was called THE DUDS and they surprisingly won second place as a newcomer band at the Lüneburg band contest. Some gigs in and around Lüneburg followed and a concert was recorded on DVD. But things went wrong, the disappointment was big and nobody wanted to see the finished product. I was probably the only one who still asked and so I came into possession of the recordings. For this DVD I thought about the cover shown. It didn’t get beyond draft status, because almost at the same time as this DVD, The Duds were history. Soon the Abitur came and she left Lüneburg and her Duds Buddies for Cologne. Once there, she founded the band Crimsonandblue after some time. The band made a name for itself in the scene, but this name was not big enough for a career. On Youtube, some videos still bear witness to what was achieved. I LOVE until today the following video. It’s really great: Crimsonandblue “Unbreakable” https://www.youtube.com/watch?v=–UN7TkLzzI : But then came the first signs of dissolution, the study, this concerned not only them, wanted a degree, and everything came to a halt. After a long time on her own again musically, she recorded two more Bye, Bye songs for Youtube under her band name and one was a cover version. “Cosmic Dancer” by T.REX. To this I would like to invite all those who have followed this text to this point. I think you might like the recording.