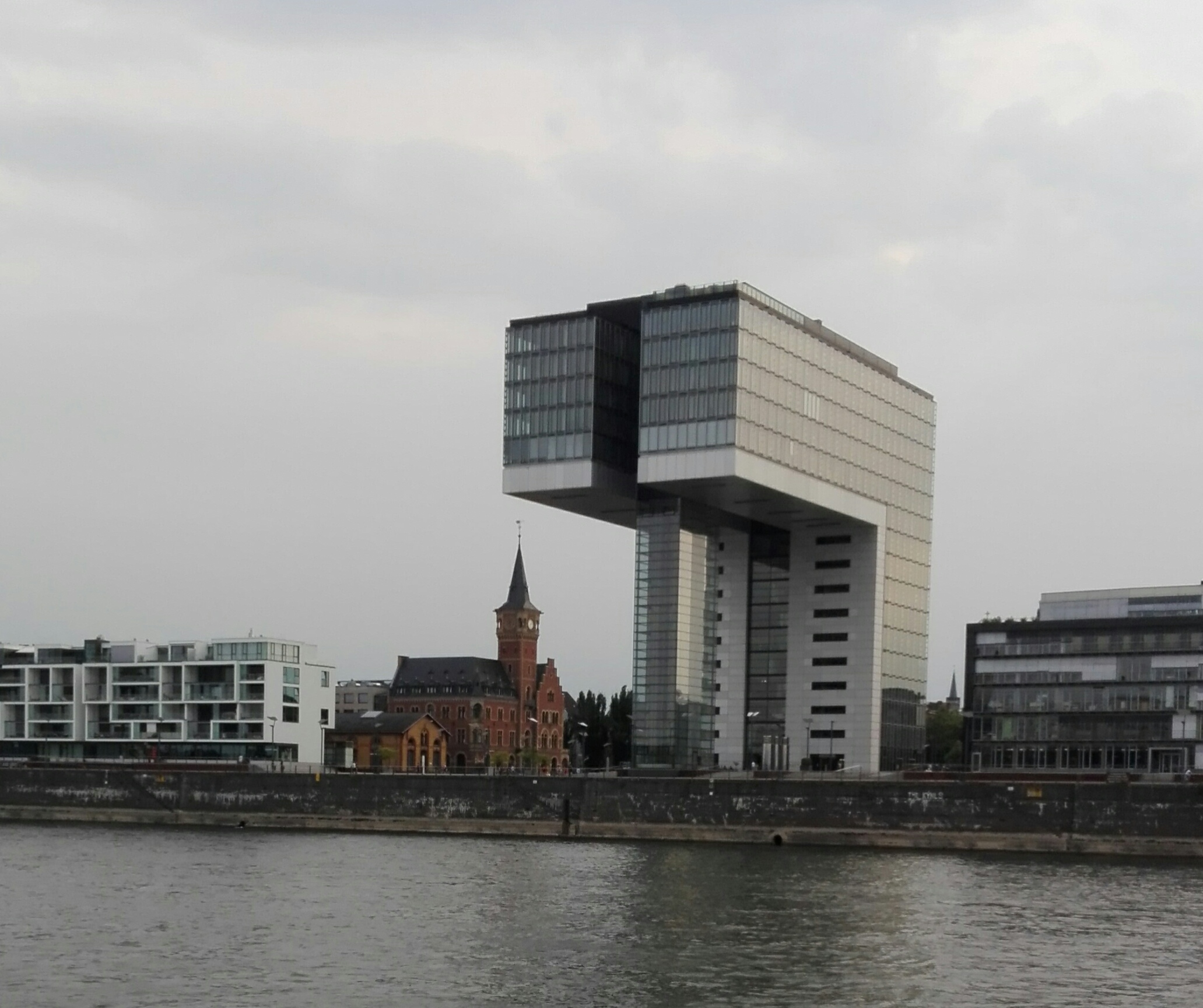 Actually, it was as usual this summer of 2018. It was hot. There were all these clouds in the sky, but it was still 30 degrees today. We visited Cologne, had arranged a stroll with our daughter and her boyfriend, met at the Museum Ludwig and fled to the air-conditioned exhibition rooms. The museum presented at this time a work exhibition of the South Korean artist Kim Young-Hee. Through the windows of the museum was at one side the view into the inner courtyard of the museum with the museum cafe possible. The photo that I took at that moment would later attract my interest again. When we ventured out into the lush warmth of the day after two hours, we turned towards the Rhine promenade, where the people of Cologne and their visitors were exposed to the never-ending summer weather. All benches were occupied and also the straw-coloured areas, which would have been lawns in other weather, were besieged by lightly dressed people. On the banks of the Rhine, the shiny white excursion ships were waiting, offering their various destinations in different shrill presentations. When we all noticed that we hadn’t stepped on any boat planks for a long time, we decided to take a one-hour round trip. Chance had it that we had to share our boat deck for the next hour with a wedding party that lived out the variance of human existence in a rarely experienced clarity. Here exaltedness met noble restraint, modesty met immoderateness, dignity met wretchedness, beauty, embodied by the bride in her sinfully expensive designer bridal gown, certified by the elegantly dressed bride’s mother who held her side and the groom, whose most beautiful day in his life was probably documented above all by an uncontrolled binge drinking with two other male wedding guests, who, wobbling strongly, wrapped themselves arm in arm, supporting each other and secreting what was largely incomprehensible but with volume.Yes, and then there was the real meaning of the whole undertaking: to experience a view of the city as only such a navigation makes it possible on this river that divides the city of Cologne and has shaped it over the centuries. Again I took a few snapshots with my mobile phone and of course the shape of the newly built huge “Kranhäuser” attracted me to be captured.

When I clicked through the photos at the end of the day, the pictures of our Rhine trip seemed to have a defect. They looked like black and white pictures. They weren’t, but this strange day had probably also been characterized by a strange light that had almost made all the colors disappear. When I still undecidedly stroked around with the pencil on the photos, the goal became clear to me. These pictures had to be filled with color, a lot of color. Thought, done. Voila.