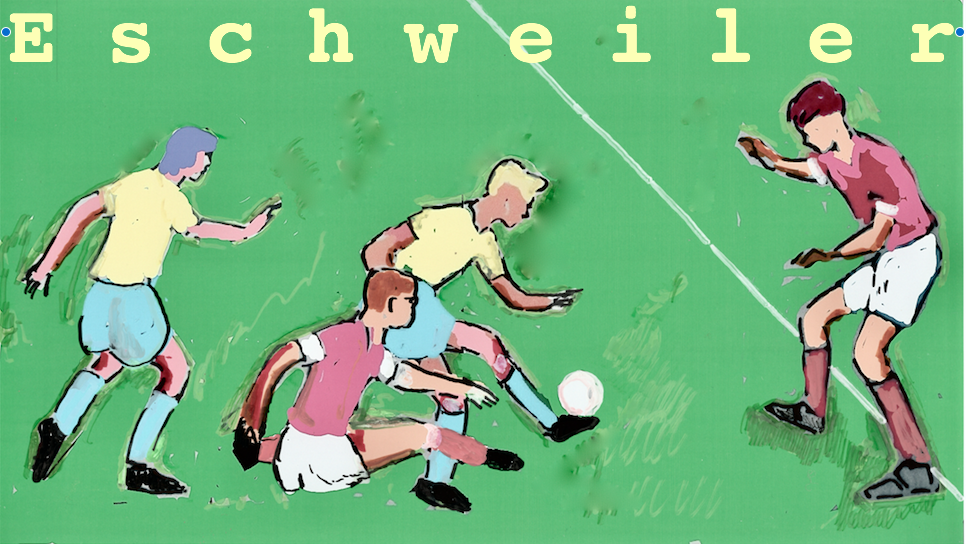 I still remember my first time as a young autonomous football fan. Autonomous not according to today’s political jargon, but because I had become independent of whether someone like my father took me to the stadium. Autonomous, because I decided to go to the games of my club according to my own circumstances and mood, bought my ticket at the ticket booth from my pocket money and chose my favourite place in the stadium. That was possible because three quarters of stadiums consisted of freely selectable standing places and only one long side was equipped with roofed seats, the so-called grandstand. So it was in Leverkusen and in many other football stadiums. But these seats were expensive, and we pupils and other common people shared the steps of the standing places in the curves and on the back straight. I had my friends who went there and since I played basketball, we went to where the other basketball players met. That was on the back straight, about 30 meters to the left of the center line and the sausage stand.

A special highlight was the almost four kilometer long walk that led me from my parents’ house to the stadium. After about one kilometer I met the first friends who were already waiting for me, and the closer we came to the stadium, the more we became and the greater the anticipation and the pleasant tension that was connected with the upcoming game. What seems remarkable to me from today’s point of view is the practically aggression-free atmosphere of this hike to the game. One did not deal with the fans of the opponent. You saw yourself in them when you met them, you smiled at them as if you were standing in front of a mirror, perhaps you teased them, but as part of a shared pleasure you were looking forward to.

My club was Bayer 04 Leverkusen and when the Bundesliga was founded in 1963, we were banished to second place because we were only a hair’s breadth behind Meidericher SV. This decision threw Leverkusen back many years. The successful team built up in the last few years before the Bundesliga fell apart (I myself had witnessed some victories against designated Bundesliga clubs in the last upper league season). Leverkusen had to start a rebuilding, and that was difficult at first and it would take until 1979 until the club had reached its goal and was promoted to the Bundesliga.

In the season in which the small following story took place, the situation had temporarily become even worse, because Leverkusen had even relegated from second-class to amateur class (which was moved back straight with the relegation after two or three years) and thus also played against some clubs in the immediate vicinity. Like this Sunday against the SG Eschweiler. A quite beatable opponent. Because I was visiting Leverkusen this weekend, I decided to do something with my younger brother. We quickly agreed that this game against Eschweiler was the right one. So I took my father’s car atlas and searched for Eschweiler. Although obviously quite small, I had found the place on the map soon and had noted me some orientation data for the journey. With best weather we set off. I drove a duck (a Citroen 2 cv), which had folding side windows, so that we could hold our elbow into the window into the airstream. I had my cassette recorder from Phillips with me, the still playable robust first edition from 1966, and we heard my selfmade compilations from my favourite recordings of the Rolling Stones. I was especially taken with the slow songs, mostly recorded with acoustic instruments. From Play With Fire, Spider And The Fly to Wild Horses and Sweet Virginia. It was a moment of automotive bliss because obviously no one had found a reason to move the car on this early afternoon of the sun. I remember a far visible landscape of agricultural fields and hilly, arc exciting meadows and pastures. Then we read on a direction indicator the indication ESCHWEILER 2km and followed hopefully the indication, approached however not a small town, but a sleepy village, over whose roofs the warm air flickered. Irritated but not yet desperate we followed the sign SPORTPLATZ, but hardly turned off, it was already lying in front of us. Apart from a father in the Sunday state who patiently did his first kick exercises with his little son, there were no sports activities to be seen. Where were our soccer players and their opponents.

In these fateful moments, where everything one once thought about oneself is questioned, a kind of trance state lies over the affected human being. How dazed, and without realizing the absurdity of the situation, I get out and ask, because I can’t think of anything better: Is this the soccer field of Eschweiler? And the interviewee answers, without turning the gaze of ball and son, briefly and concisely with YES. Is there perhaps a second one, I ask, increasing the absurdity factor even more. Nah, comes the monosyllabic answer. But something must have triggered his thoughts, because first he smiles, then he turns his head in our direction and we hear well understandable, “From Levverkusesinnse? He seemed to have recognized our license plate at some point:  This ain’t the Eschwaila, you’re looking for. Buutt …. and then he shows us the rough direction and we drive off. Turning around now and going back to Leverkusen was not an option. So we decided, we do this now, and drive to the much larger town of Eschweiler. But that took its time. When we arrived there, there was just half time break, we hear the discussions, Leverkusen leads 1:0. We come through the open stadium gates without being controlled to the standing room, I gave my younger brother and me each chips with ketchup, the teams came back on the field, the referee raised the whistle to his mouth, we hear the whistle, we watched the second half time, our team left the place as a clear winner … what more could we have asked of this day.