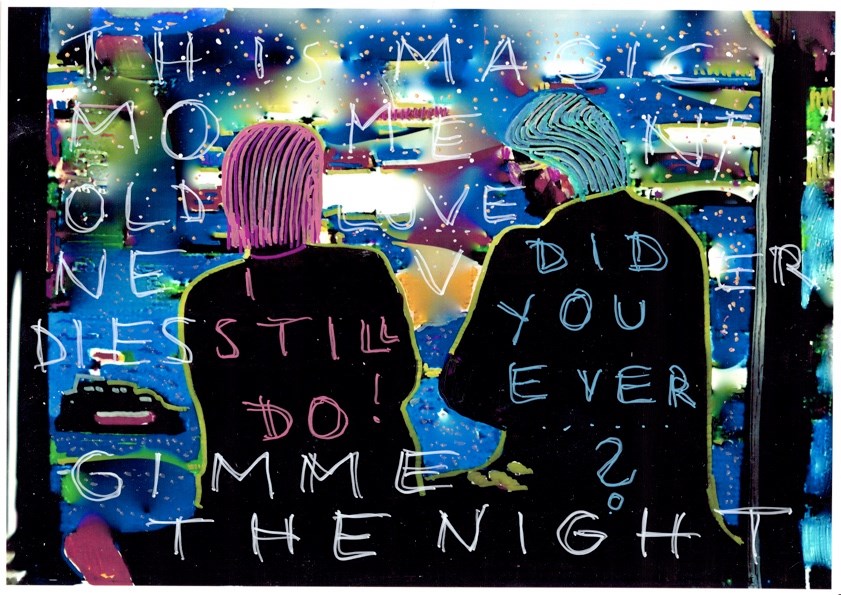 Maybe it was the Elbphilharmonie virus, maybe it was coincidence. But I encountered it when I was cleaning up my Wannabe works scattered throughout the living room in the morning, also this section of a larger picture that appears in seemingly innumerable variations in my holdings. At that time it was the attempt to produce a painting that should have a respectable size of at least 70×100 cm. If you consider the display of a smartphone as the starting point, the task was challenging. Under these conditions, I had to deal with many technical and manual questions, which I didn’t want to solve by upgrading with more and more complex apps, but with solutions on the level of complexity I was on. I wanted to keep the closeness to my pictures, their simplicity, their lack of prerequisites on the know-how level, as one could put it in a slight exaggeration.

The large picture mainly contained a panorama of the port of Hamburg, as it offers itself to the guests of the Elbphilharmine. In fact, only a fraction of the visitors come to the concerts so far (although almost without exception sold out), most come for the sake of looking, to experience the fabulous panorama of Hamburg and of course to enter this building, which looks so great and somehow even modest, because it renounces any pomp. But in the midst of this large panoramic picture are small islands of communication. One of them is the entertaining couple on a bench. By zooming them out of the picture, the background noise of a general speech of visible and invisible visitors becomes a dialogue whose background is a panorama. The words penetrate into the pure image, and as letters they again become parts of this new image.