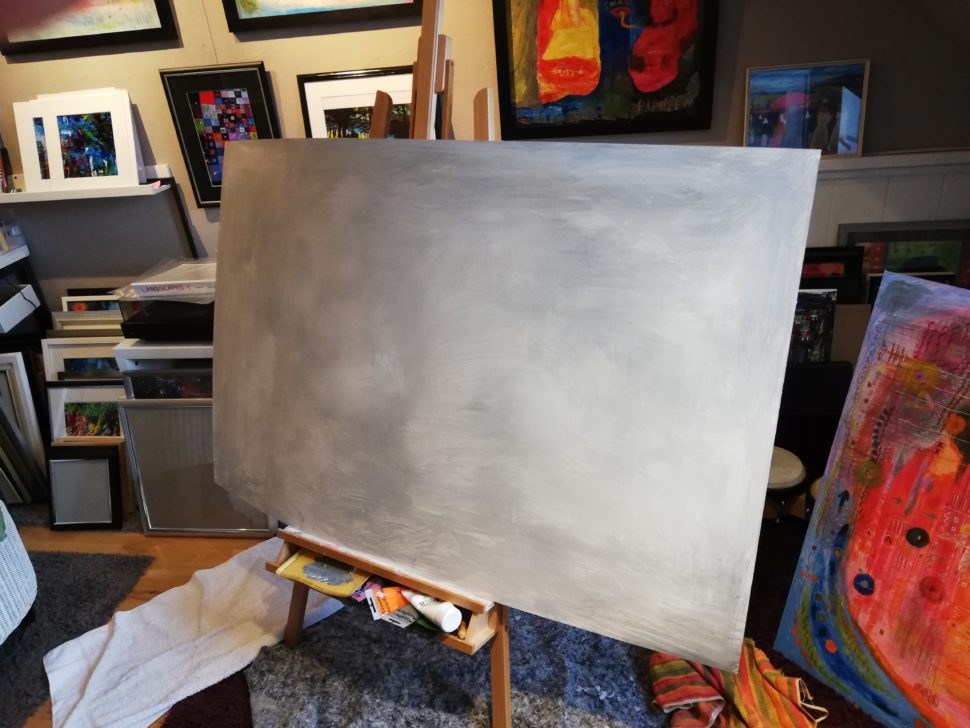 Since Christmas it has been standing in my room and looking at me challengingly, the gift. The easel. In order to cushion the problem of procuring painting surfaces, I didn’t order canvases straight away, but paint on hardboard, picture backs and the like.

I start with an empty surface. I had already started this procedure with the corona sessions, so it is familiar to me. What I am not familiar with, however, is the size of the picture surface and also the requirement to complete the picture as a whole and not just to look for the PICTURE in the picture. So you need a starting idea that is enough for a whole picture. In this example, the picture idea is firstly a text that should be spread over the picture, and secondly to fill the gaps in the picture not occupied by the text with lots of stick figures and stick women, preferably in slight variation, the rest should be done intuitively. I wrote down the first ideas on the following piece of paper and at the same time had the feeling that something was gonna happen. 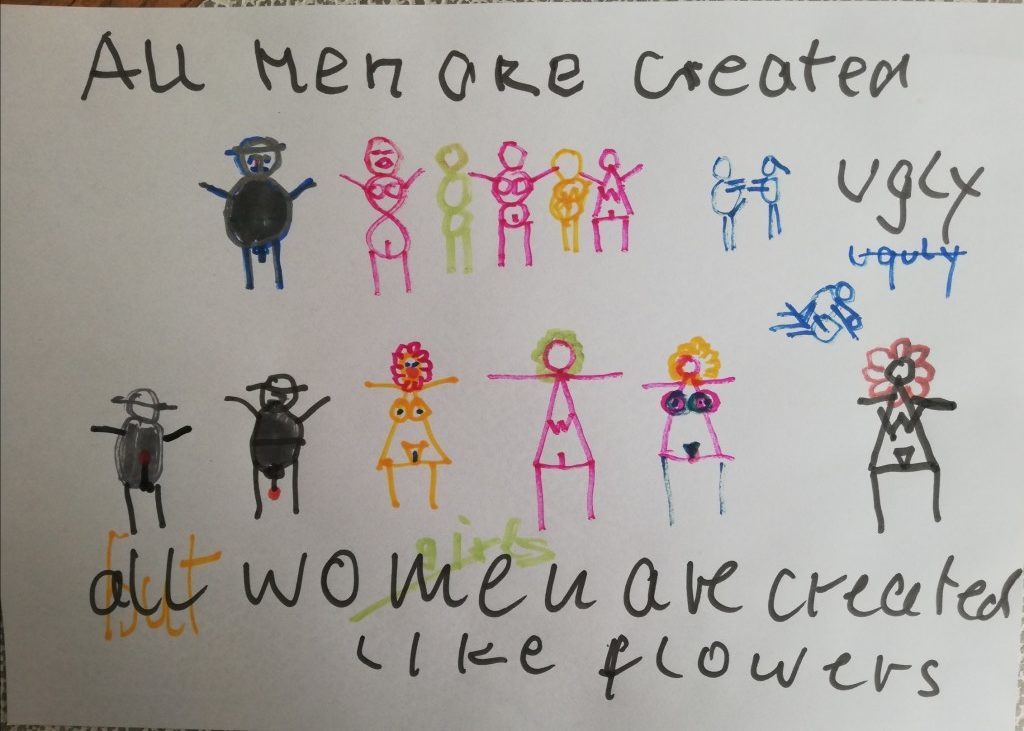 Phase two: I first spread my ideas over the actual picture area. 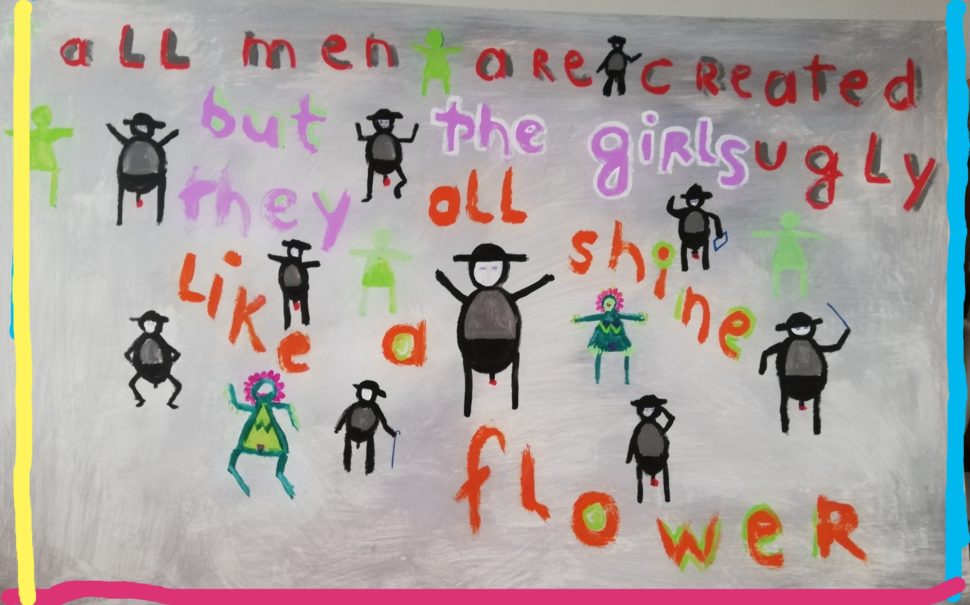 The first thing I noticed afterwards was that the male figures were too dominant due to the contrasting effect of the black lines on the light grey background. This shows how much my work is still at the beginning. I had to make the mistake (as such I see this undesirable effect) first to recognise it. So my plan: first, I darken the background, second, I blur the contours a bit by painting over the figures. 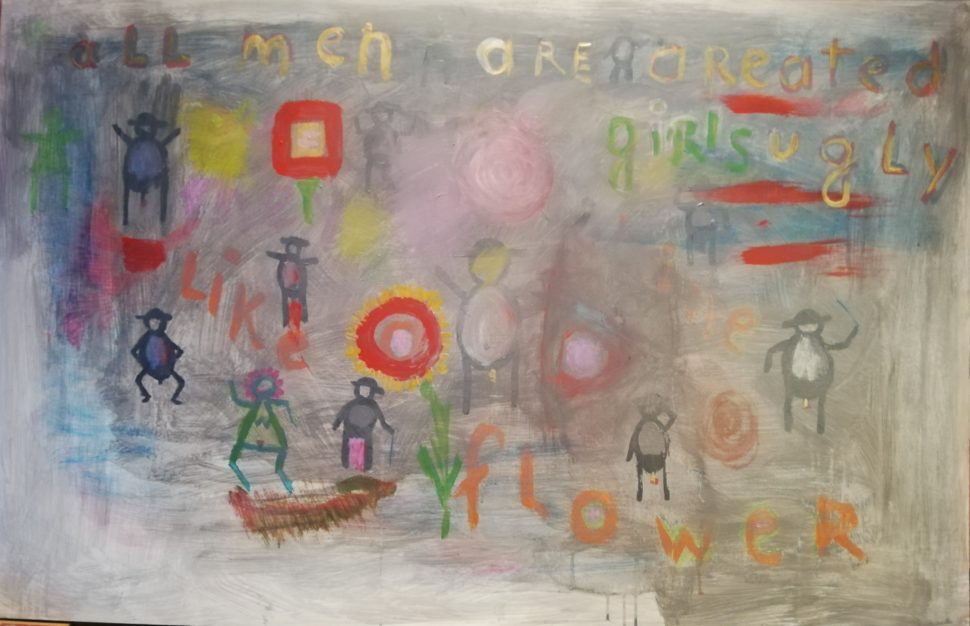 Then I saw one of my “famous” faces again where the word GIRLS had been before. Unfortunately, they were also next to the word ugly from the sentence above. That was also against the meaning I had in my head. 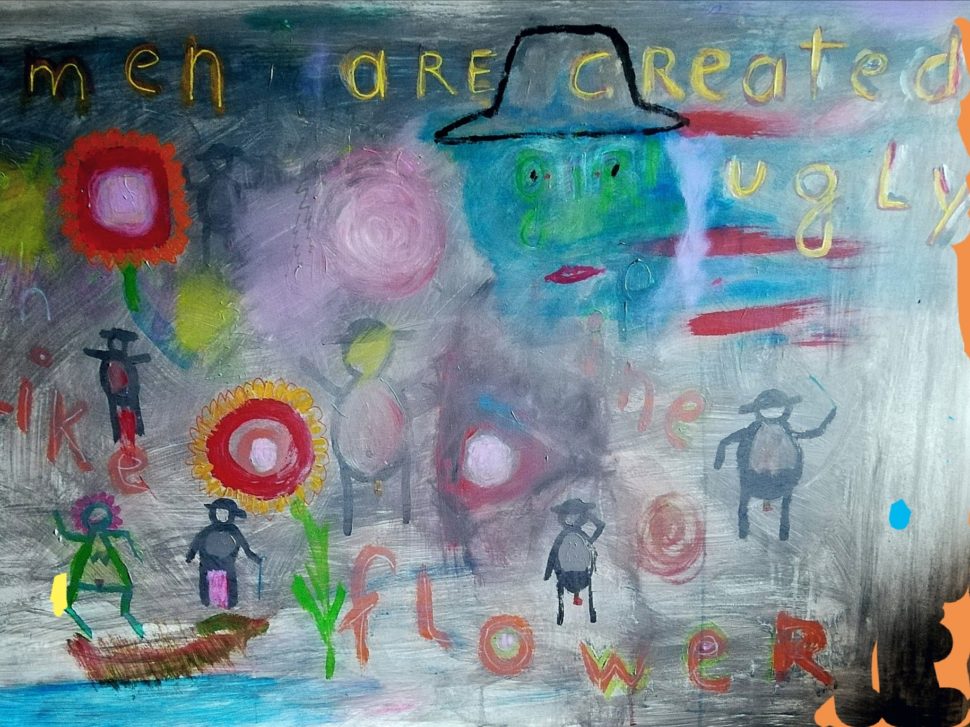 I then placed the face I saw there. It helped me to paint over the word GIRLS at that point. With that, the picture was finished in the rough. It had its charm, as confirmed by the photo I took of the painting. I then edited it on my phone and on the computer, printed it out and again painted over the print in some places. 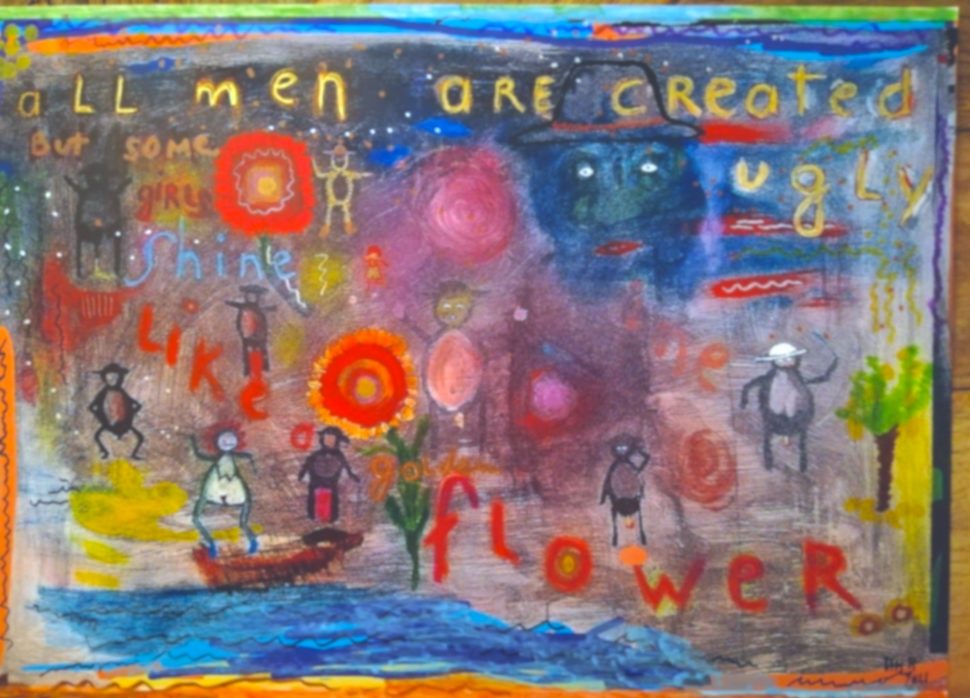