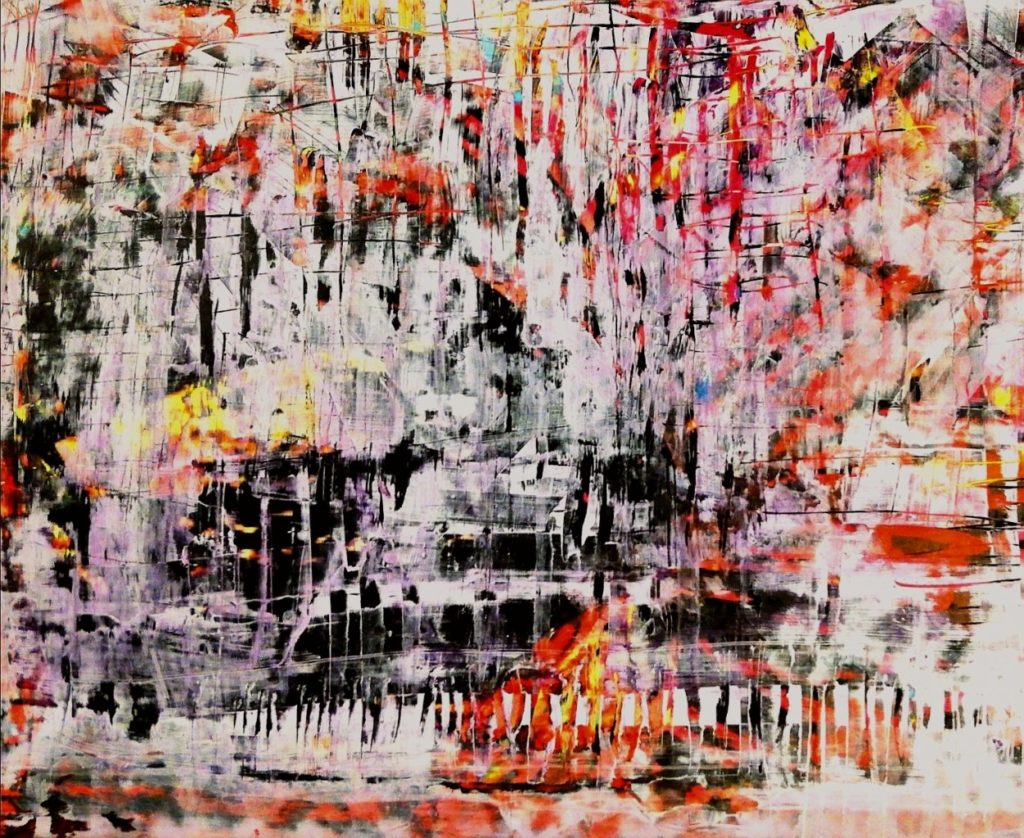 “Alright”, I have just said to myself. Now even on this day I’ve been busy on other subjects the whole day, in the night a picture was created again, which I would like to show. In the evening, when everyone in the house went to bed as usual, and I still stayed behind, as usual, I still felt fresh enough in our living room to make the breakfast table into a painting table. First, to warm up, I painted on a catalogue of bodice lingerie (based on such material, one could certainly make another series of pictures: “HmH goes commercial! But that is still a long way to go). Then I picked up a small stack of my printouts, which showed any intermediate stages of pictures that developed another step further after printing. I took one of them as a starting point. Then I spatulated, scraped and scratched. This picture always wanted more. Of everything. Until I had the feeling: Now it is enough. We’ll see what I think tomorrow.  It needs a bigger frame to have an impact. It’s a bit poor in this reproduction, because by this it has lost his shiny lines that results by the layer of the print that is the deepest of all. But now look for yourself. The session will go on.