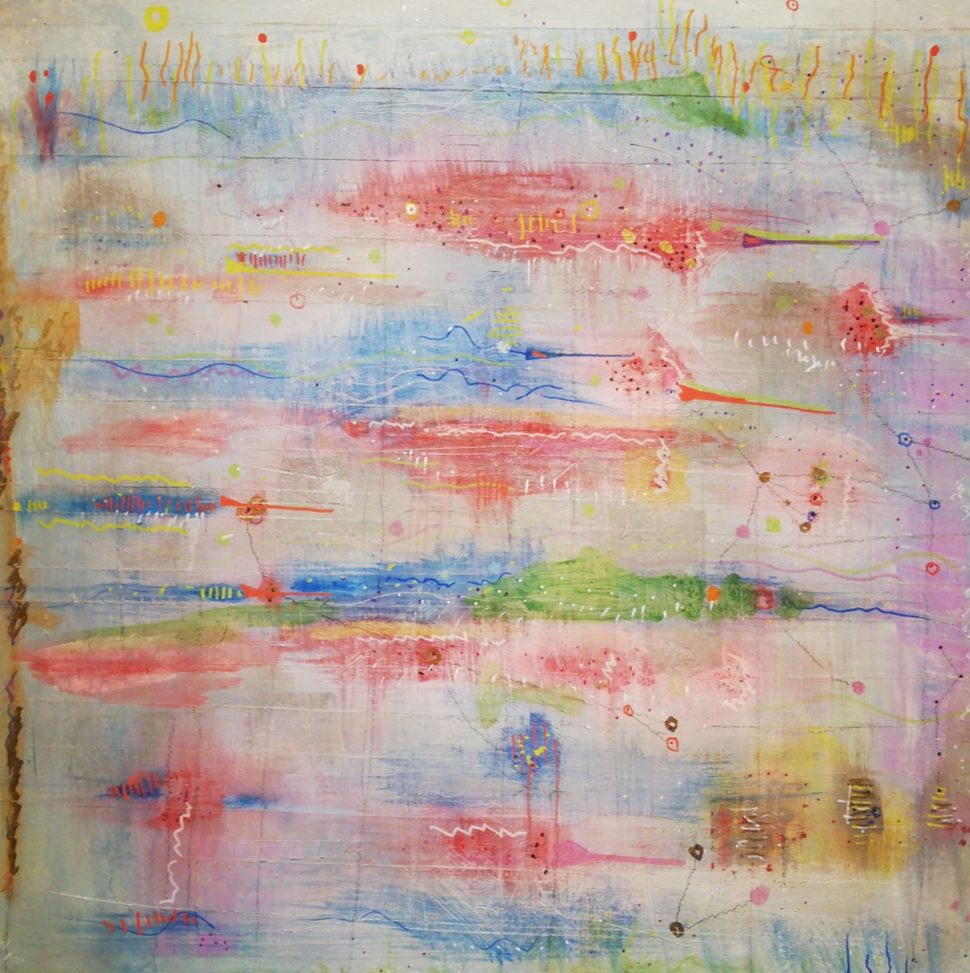 I ended in the last post mt the following summary. “The lines I put on paper in a state of potential trembling, however, are involuntary. As such, they seem to have no subject whose plan they follow. They do something “wrong”, and it is precisely with this “wrong” that a means of expression with its own aesthetic opens up for me.

“Mal was anderes” That’s my plan”.

Well, I know that when I think like that, I can sometimes run into dead ends. And if someone then shakes their head violently: Then that’s my risk. So I have to question myself every now and then, and my last sentences even irritated me. So another attempt to understand myself.

This subject, who is responsible for the images, does not act by setting boundaries, but by touching without boundaries. For this, it needs a state of letting things happen that arises out of non-wanting. But is there such a thing, a non-willing subject? A subject that does not send ego messages? Why does the word artistic means of expression begin to sound so strangely like something so abusive, like a kind of violence that puts creativity under pressure, robs creativity of its innocence. Does being an artist-subject, being I, possibly mean that when I pursue a pictorial idea. through my artistry, I am doing “violence” to the body of art, the image?

We stare at the artist ego as the source of the authentic artwork. But we do not only exist as an ego that develops in ontogenesis, but as human beings we simultaneously represent a we in which the phylogenetic stocks of our existence express themselves. However, they do not do this through an intention, through a will, through an action, but through their being. The word “aura” comes to mind here, because it also refers to an efficacy that does not pursue a goal. The “aura” of a work of art would then be the phylogenetic parts of the ego that enter into a work of art. Their immediate effect on the viewer is based on resonance, the familiarity that short-circuits the outside with the inside. The ontogenetic I would stand for the mental construction of the work of art, which, however, does not have an effect on its own. An aesthetic effect then possibly arises from the fact that the I and the We parts of the subject have entered into a special connection in the work of art.  I imagine this connection as harmony, as a chord-like harmony.

However, there is also the observation that the pure composition of a picture, in extreme cases also a mathematical formula, has an aesthetic appeal, an aesthetic effect. Perhaps it is the “truth of the formula” that shines from it, the harmony of scientific knowledge and being, which cannot be disempowered or replaced by a subjective reception, that produces this auratic effect.