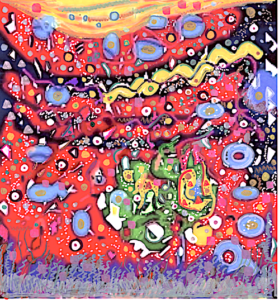 Back from my exhibition mode, which has absorbed some energies, back from reflection mode, thinking about what has happened since I started painting pictures on my mobile phone almost three years ago. Last but not least, the preoccupation with the question of what is coming now. For me, it is posed by pictures like the one above. It repeats a technique or way of working that for me has first signs of routine. The picture is new, but it certainly looks familiar to me and to some of you. This is not forbidden doing, but it is repetition, even if it pleases. That may be, but new ways want to be discovered. So I set off on a journey, but without the intention to deny from where I come. 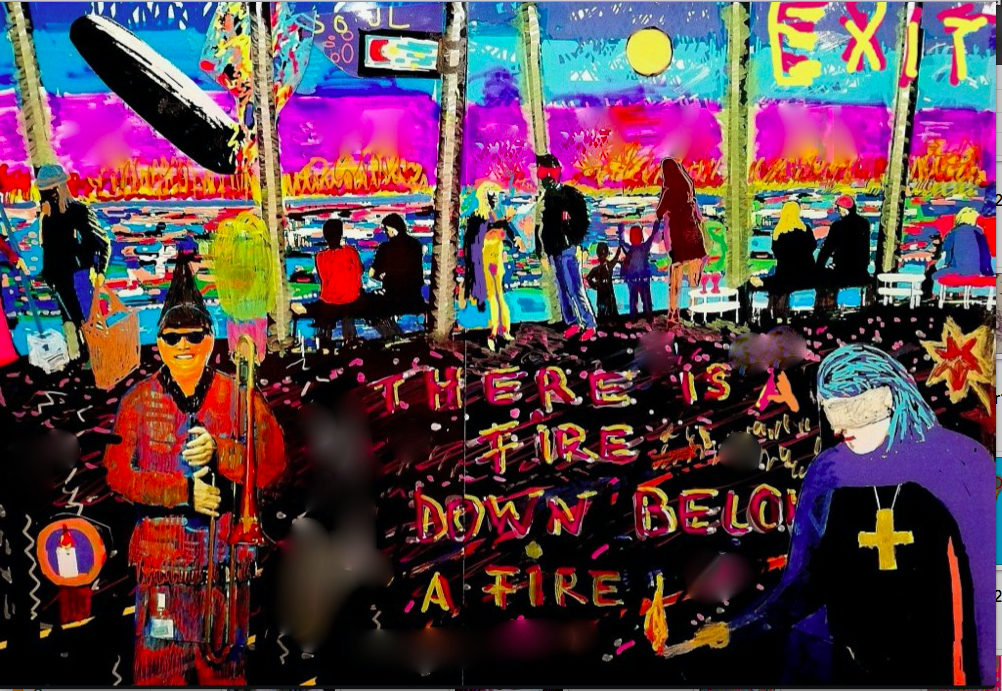 A recent experiment was this picture. If you know some pictures from my catalogue, you will recognize some details. And: right! It is in many ways a collage. First of all it consists of two almost identical prints of my picture “before the first concert”. In addition there are persons and details from other pictures. One thing followed the other and the result was an apocalyptic scenario, which in its design reflects the urgency that led to its creation. Maybe it’s really finished already… I’m not quite sure. You’ll see. A 60×90 version is planned.