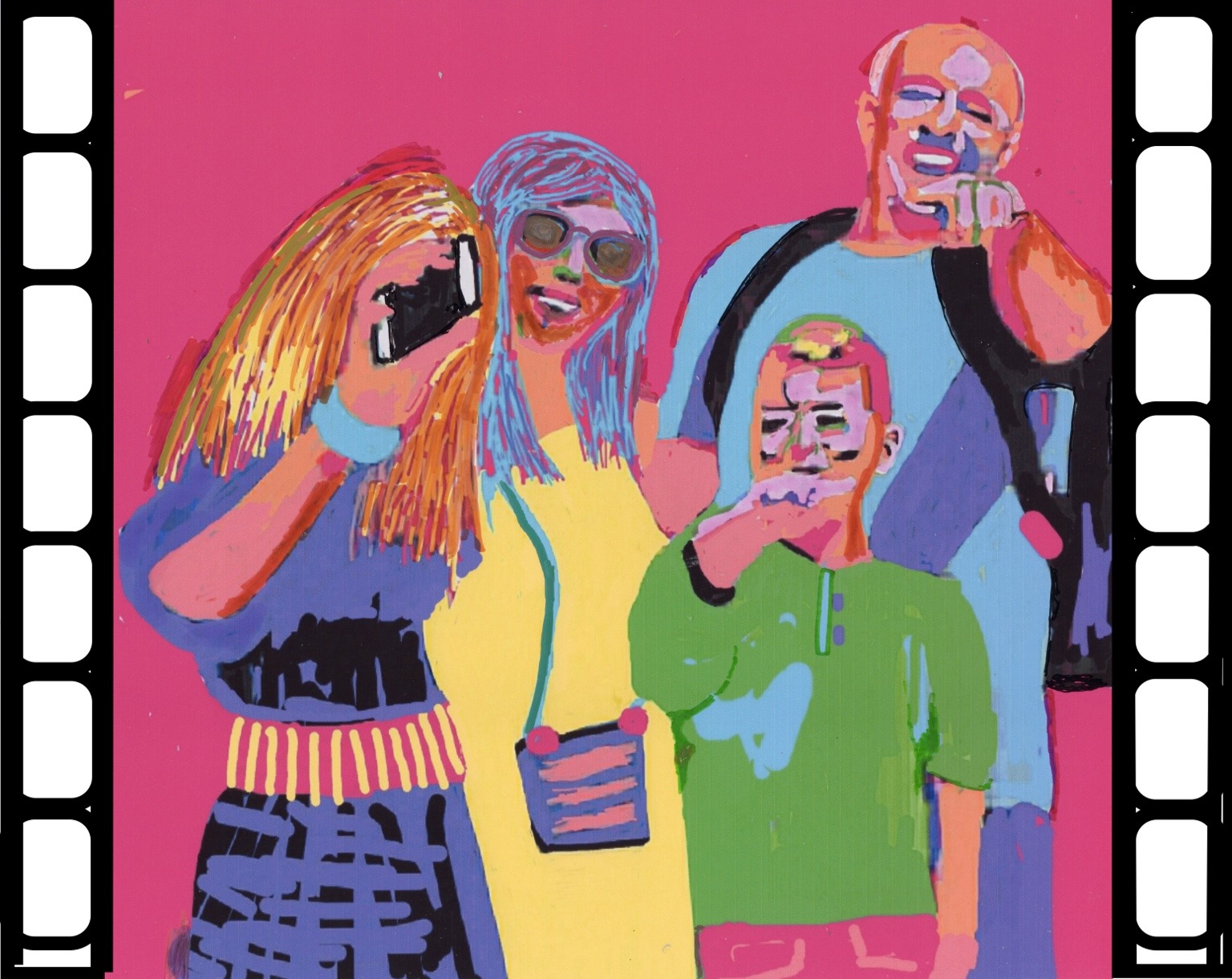 ( the pictured family looks wonderful, but failed casting, for whatever reason. The actual cast will be presented shortly before the start of the series)

The family Prenzel, socialized in the east of the republic, has developed an irrepressible desire to travel against this historical backdrop. The story includes father Werner Prenzel, Christina Prenzel, trained secretary and the two children Maximilian and Britney. Their holiday destinations, which are also the place where the action takes place, first cross the small borders and then become more and more ambitious from time to time. It helps that father Prenzel, without being able to do too much for it, always stumbles up the career ladder. Sometimes someone dies and suitable young talent is missing, sometimes suitable candidates move to more attractive zones of the Republic, others fear the stress so shortly before their retirement, even if it will take another ten years. The Prenzels climb, because surprisingly affordable, parallel to this, again and again new peaks of holiday happiness to end in the last episode in New York, where the family and thus the subject of the season dissolves into all four wind directions. Daughter Britney falls in love with a black firefighter, whose main fascination is his claim to have been one of the unknown heroes of 9/11, against which, however, his obese clumsiness speaks. His son Maximilian finds his fulfilment in being accepted into a street gang, whose business model is the stealing of German luxury cars, whereby the broken off, but not completely fruitless six months of car mechanic apprenticeship provides him with important arguments, mother Christina forms the first delicate gang to an employee of a travel agency, who has the fixed idea to interest Americans in Saxony-Anhalt, and for this desperately looks for a German-speaking secretary, and father Werner, who on a odyssey to the next Drugstore, looking for German beer and cigarettes, is involved in an accident, where he survives reasonably well without papers and memory, only has to accept slight corrections of his face, which was affected by the glass splinters of the windshield, boards a damaged camping bus and drives west in absolute innocence, never to be seen again, towards new adventures, while the American sun sets on the horizon. The individual Sequels follow a basic pattern. Arrived in the vacation location the family stumbles into criminal entanglements of most different kind, and although they unwaveringly their vacation plans (to the beach, into the Musenum etc.).), she stumbles again and again in complete ignorance and lack of intention into the actual action of solving these criminal cases, whose seriousness is repeatedly undermined by the holidaying family, until the “murderer” betrays himself through his laughter and the case comes to an end and the Prenzel family catches the plane at the last minute, or all the other conceivable means of travel.