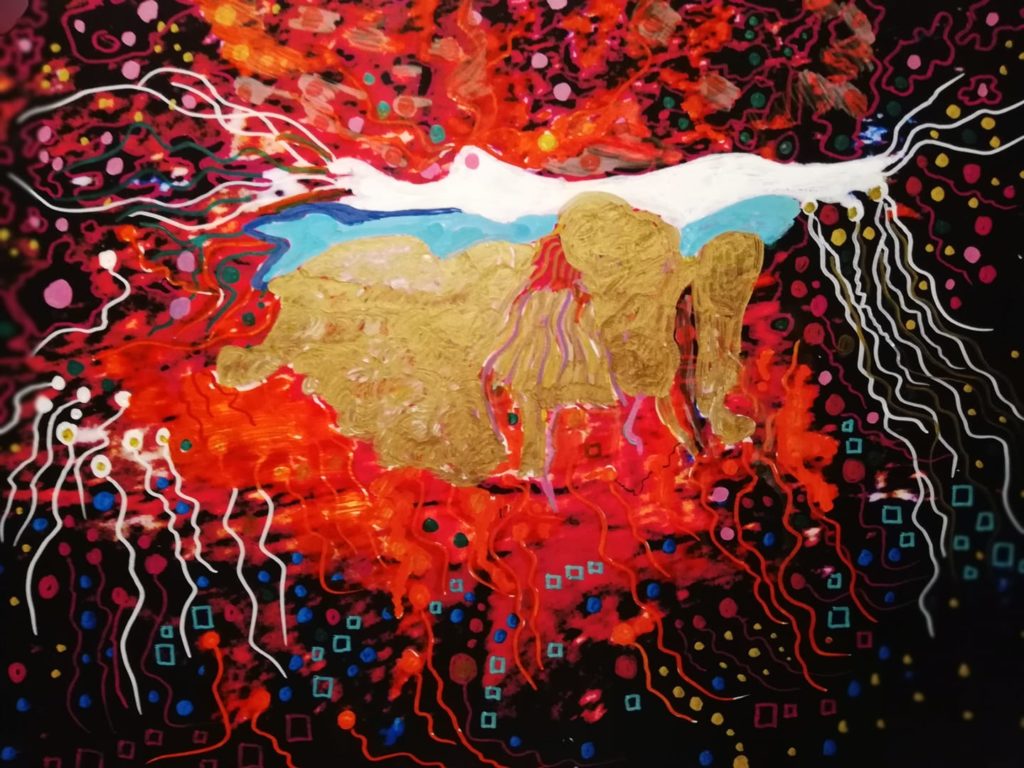 just did it … There was this picture, which I had taken some time ago, beautiful almost monochrome color distribution over the picture, fine thread gradients, a center – but some time later I found it boring, then even more boring and at the same time much too good to forget. I decided with creative courage to make a statement on this painting, not politically but as an optical alarm clock. The picture published on this page was the result of this evening and I was satisfied at first that I had not destroyed the original picture painted with bee diligence, but had been able to take it with me into a new design.

Here you can see the original picture. It was based on a blowup of a photo of a wall (if I remember correctly). It was very carefully executed. At a closer look I discovered a horizontal figure in the upper part. But nothing had joined underneath. There was restlessness and no invitation for interpretation. I introduced two new colours, a light blue to accentuate the white figure, and gold to draw the gaze into the centre, and dipped this ensemble into a luminous red surface that continued to meander at the edge, which seemed to merge into a black border, that had been a good step, I felt a certain satisfaction and immediately published the picture. 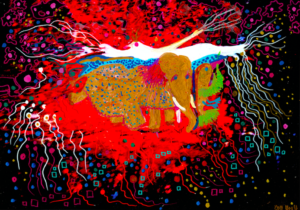 But as beautiful as the gold in the middle looked, it had no relation to the rest of the picture. Until I began to suspect that there were several beings waiting for their awakening. And then everything joined to a really great dance scene. All participants mobilize their graceful personality parts and also the white prima ballerina stretches her reactivated arm away from her body. The temptation is great to put something on here, but here I make an end. The title Choreography had come to my mind scjhon very early, now it had been realized in the picture in a way I didn’t see coming.