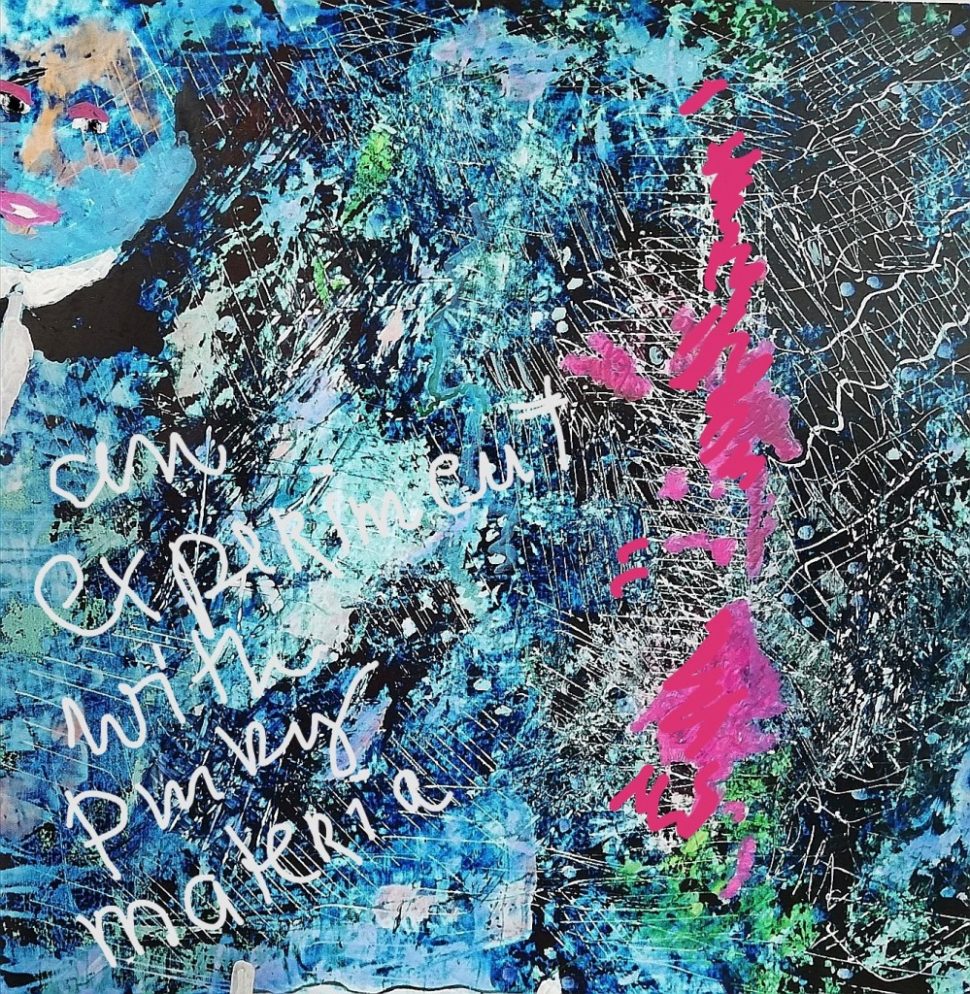 (continued from – about my paintings 5.1)

With the term art character I refer to the mode of the process of image formation. It is a process of aestheticization through which the painter creates the picture. A classification as a work of art does not follow from this, at least not as an automatism. One can draw from a huge arsenal of aestheticizing strategies. One can use these strategies, combine them, develop them further. One can declare some obsolete, rediscover them, deify them, or demonize them. But every painting strategy has an implicit system of evaluation with which one can place every aspiring novice in an art-historical evaluation context, and thus produce judgments that are roughly as follows: goes in the direction of a, but not as well as b, and certainly not as well as c. The reference to great works is at first flattering, but their position on the scale drawn up is usually disappointing. Judgments of this kind are the epigone’s bread of mercy. So if one does not want to be treated graciously, one must do something that is without precedent and thus rob the viewer of his judgement routines.

Such a picture must let its process of creation be absorbed in the peculiarity of the final picture, I call this mystifying. This mystification is a pictorial process, it does not lie in the ideology with which one might surround the picture. One could also call it a perfection of a picture that I have painted, or what my “strong” not-me has painted, by me. The effect is a mystery of the process of creation, this is the mystification I mean. Elsewhere on this website, I have demonstrated the painting strategy of transformation as I understand it, using the example (see: “the making of the bizzy lizzies”.) Here the process of a variant of mystification is once exemplarily completed?

When one looks at a finalized picture, a state of astonishment initially sets in, the mystification of the picture seizes the viewer, he or she wonders and puzzles, sometimes an admiration follows, which in turn carries away others who are more in the position of the observer. This would be the ideal case.  But  there is no guarantee. More probable is the second variant, where the new/the other/the puzzling does not find wonderers because it is not good enough, or cannot communicate itself because it encounters disinterest, competing interest or ignorance or even different combinations of all attitudes. Who wonders?