Who still knows them? I haven’t been able to hold and look at them in my hand for a long time, but recently I remember the strange moments of fascination that their contemplation conjured up. On the way to primary school, which was still called elementary school at that time, we children crossed the weekly market every time. It took place on Wednesdays and Saturdays. However, this market offered not only fresh produce, such as vegetables and fruit, meat and baked goods, but also things of everyday use, such as textiles, cleaning agents, electrical goods and what we children were particularly interested in, including toys. In front of this stand our steps slowed down and everyone tried to be the first to see what was new this time. Sometimes it was a doll’s carriage, sometimes a rocking horse or a tricycle. But those were special features. The standard offer against it were the small things which the operator of the conditions, one of us all for very old considered man with thinning hair, in only him accessible order presented. 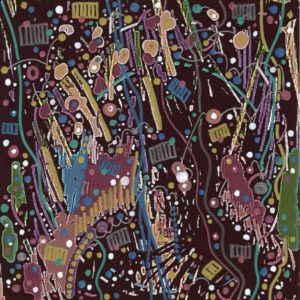 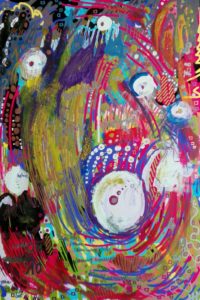 After school, Saturdays were always at quarter to twelve, so after the fourth hour, end and the market was still in full swing, a small cluster of curious school children formed in front of the toy stand, but they had trouble to be perceived as customers. Some of them had just collected their pocket money for the next week. When they had waited long enough impatiently, one of the boys or even one of the girls dared to draw the attention of the old man behind the stand to the small group by shouting triumphantly out of the group, “Uncle Willi, we want to buy something”.
The boys were especially interested in the miracle bags, but they were kept out of reach of their hands in a small blue plastic basket and cost 20 pfennigs each. Uncle Willi handed them over and now it was a matter of identifying the bag that promised the main prize on that day by scanning the existing bags at lightning speed. There were the everyday bags, flat and contourless, that contained the figures or any decorative element like various plants, and sometimes there was an incredibly thick bag in between that looked puffed up. This was what everyone hoped for when they could reach into the box with their hands. If you were very lucky, you would find an Indian tent or a carriage, for example, while the girls, standing next to the boys at the sales table, worked through the big album in which the glossy pictures were stored and presented.

Every week new motifs seemed to appear and this was commented enthusiastically. They were all kitschy representations of a perfect world, populated by princesses, angels and grannies among others, which became the highlights of a child’s show, because their surfaces abstract a lustre that is further enhanced by mica applications and somehow captivated everyone. We guys never talked about it, but I’m sure it was the same for others who had a sister like me. The figures were beautiful, but the glossy pictures had a special charisma. You really wanted to see them. Only after that were the figures on it again. These scenes from a long past only came to my mind with delay and bit by bit, after I had already used the first pens, I started with silver, for some time for my painting.  What seemed only limitedly applicable to the Christmas time, turned out however soon as an important all-round tool with the treatment of my mobile phone paintings printed out for the analog further treatment. I noticed that silver and gold integrated very well into a colored environment without significantly changing the character of the picture. They were also very effective masks. What was buried under a silver or gold line was buried forever. At the same time, each picture was given a small portion of magnificence, because these colors seemed to me like survivors of a feudalistic color culture that had only survived in the sacral or cultic environment. Only as metallic colors do they return as descendants of the marketing society as secular phenomena. Whether as car paintwork, cooking pots or ballpoint pens. They make the difference. And they seem to justify additional commodity value solely by their appearance. At the same time, however, they are also colorings with their own rights. In my inexperience, I am tempted by the idea that they become my “colors,” that they could belong to the qualities of my paintings that refer to me as the author. The idea of becoming a painter of new, abstract, sometimes downright feral glossy pictures is a true POP idea.