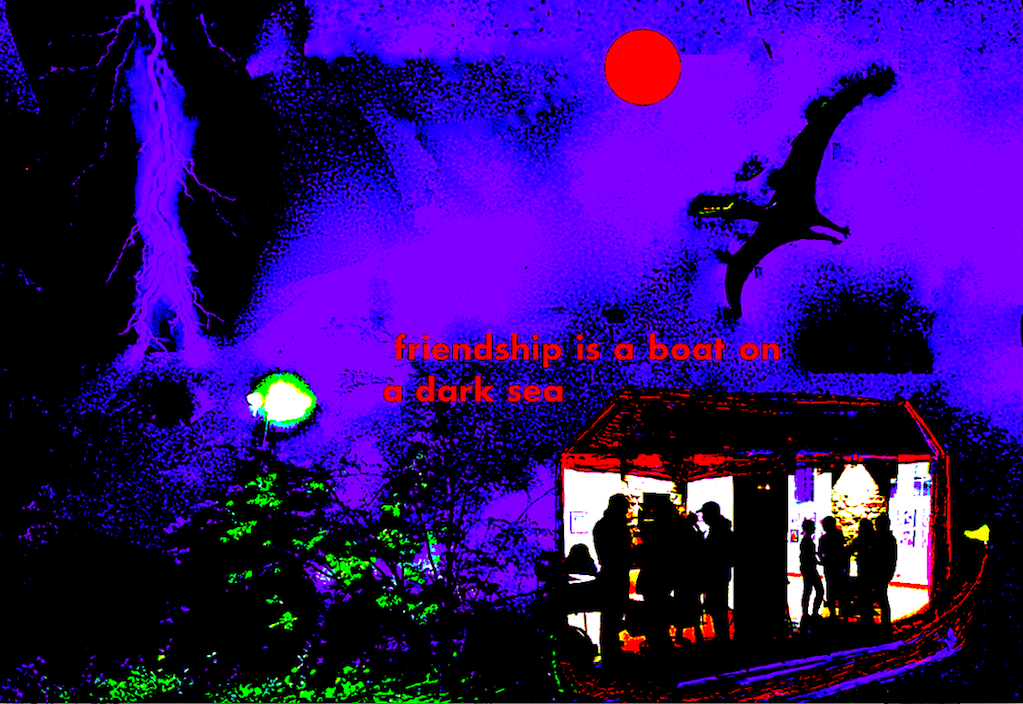 After a long preparation time, after all the small misfortunes and mishaps, but also happy coincidences, as well as helpful good friends, the vernissage could be celebrated last weekend. And they came here, the friends, the acquaintances and the curious. What initially had a direct effect was the fantastic ambience of the Lüneburg Water Tower, only a few cleverly placed spotlights created an immediately inviting room. The good-humoured speech of the laudator Dr. Hans-Joachim Plewig, introducing the picture maker hausmeister-heuser with a lot of empathy, contributed considerably to the relaxed friendly atmosphere in which many questions could be asked, the answers to which made many viewers aware of the specific way these pictures were made. A lively exchange of ideas also took place among the over fifty guests. And then there was the exceptional short performance of Crimsonandblue founder/guitarist Helene Heuser, together with her partner Marc Haupt on bass, who presented a small collection of songs specially put together for this event, “Under My Thumb” (Rolling Stones), “Living In A Rock’n’Roll Fantasy” (Kinks), “Handshake” (MGMT), “I’m Bored” a so far unreleased song of the musician, as well as one of her signature songs from Crimsonandblue times “Criminal”, which formed the crowning conclusion. At the latest now it was clear to all present that this evening was a special one. Organizers, artists and guests were astonishingly unanimous in their verdict. Beautiful it was. Just that.