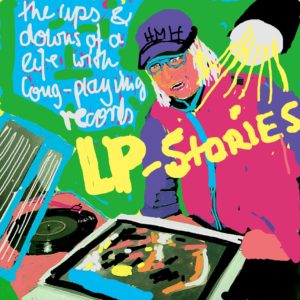 There was a time when the normal German music listener knew nothing about reggae, nothing about Bob Marley. And Jamaica, the “Island In The Sun”, was the place you last heard of many, many years ago by Harry Belafonte. Then there were announcements in the still rare seeded music press in the Federal Republic of the 70s about the “next big thing”. His name was Bob Marley. His name had already appeared once in connection with Eric Clapton’s version of Marley’s “I Shot The Sherif”. This song, which made the dancers in the discotheques at first helpless in its strange rhythm, but then more and more enthusiastic. Now the new record Marley’s was expected. It should be called “Natty Dread”, but you had to order it explicitly. Waiting was the order of the day. And fate wanted me to become the owner of this work on the very day that a party was to take place. Party was then synonymous with dancing all the time in the living room and eating pasta salad and lard in the kitchen. Both supported by beer from crates and the French country wine from Aldi Feinkost. The ceremonies began with the classics: Deep Purple, the Rolling Stones and so on. Then I took the courage to bring out the strange thing. When the new record started its rotation on the turntable, there was no stopping. Again  and again we heard Natty Dread and danced to it. And already that evening our hit was chosen: “No Woman No Cry”. Our ears and legs had participated a little bit in the history of rock music, the reggae had arrived in Lüneburg and our song became a hit for everyone.

The next LP was then promoted with some gigs in Germany, and my brother, who had meanwhile also been attacked by reggae fever, and I agreed on the concert in the Düsseldorfer Messehallen. No place with ambience, but Bob Marley and the Wailers stood on stage, before Rico had already inspired us, and then there was no stopping anymore. Bob Marley was our focus, the band played giftedly, the background singers sent like a gentle surf response to response behind Marley’s forward pushing vocals, their bodies swayed to the rhythm of the music, and we Western Europeans puzzled fascinated what kind of secret was hidden behind this groove. Of course there were encores, many encores and at some point we turned around to see how many more listeners were there who couldn’t get enough with us that evening. And then we recognized the people who were witnessing this concert all the time behind us and with us. They were the musicians of the band Kraftwerk, whose musical universe that evening had probably shrunk to this moment as well. We were all in reggae heaven.

Life wanted me to go back to Lüneburg the next day. By chance I had noticed that the band troop took the same direction and was supposed to perform in the Hamburger Musikhalle (nowadays the rechristened “Laeiszhalle”) the following evening. I arrived in Lüneburg in the slight tumult of what I had experienced, preached what had happened to me and could actually convince someone to go to Hamburg in the evening. When we approached the Musikhalle with my Citroen 2CV, we already saw that it would be full. The ticket counter was still open and we got two of the last tickets in the last row. Also this time it was an outstanding concert. The ambience of the Musikhalle with its lavishly upholstered seats, the heavy velvet curtains that covered the stage like a secret, with the steeply rising tiers and the lavish furnishings of the concert hall was with its acoustics and all so completely different from the exhibition hall in Düsseldorf with its metal and plastic chairs arranged in simple and strict rows. After the last song there was also enthusiastic applause in Hamburg. Marley and the band threw themselves into the encore. Again applause and then the Hamburgers left their concert satisfied. I could have told them at least three more songs they had voluntarily given up that evening.