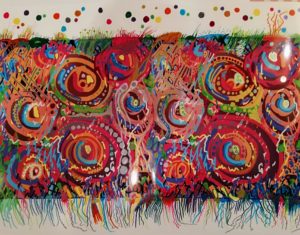 why janitor (the german translation of hausmeister) heuser

The first spontaneous reactions to my naming contained signs of irritation. Why the name hausmeister heuser. You and a janitor?!? One seems to be allowed to be a janitor, but to call oneself so of one’s own free will seems to be a little problematic. So, let’s explain very quickly, albeit with a little prehistory:
Putting a website online is a process of general publication of something that until then had only been very limited, for example entering the public space in a small circle of friends and acquaintances. And almost all viewers asked me: Have you ever exhibited that? Is that what you want? Or don’t you dare?
We all know that. At least I’ve known that for a lifetime. I must have discovered early on that this challenge poses the question of power. My father used this formulation as a supposed motivational all-rounder, when all begging and friendly requests seemed to bounce off me. He winked at me and then: “You want to become a real man, don’t you?
I wasn’t so sure about that. Neither did I know what he meant by that, and if I had known if I really wanted to. But I must have guessed that I would have lost my autonomy if I had allowed this question to be meaningful to me. One could have lured me into this trap again and again, and there would have been only one way out. The question that the interlocutors at the beginning wanted to ask me, however, was justifiably called: Do you really only want to share your pictures with us, the people you know?
They already felt the excessive demands, which consisted of critically and appropriately appreciating the new pictures that were created almost at the rhythm of the day. Their understandable concern was to distribute the burden as much as possible over as many shoulders as possible. The general publication on the Internet would be a solution. In addition, they truly liked my pictures very much, as they emphasized again and again. So the conclusion was obvious that others could also like these pictures.
All right, I thought. Why not? But how? Coincidences play a big role in life and that’s how it was here. A friend whom I hadn’t met often in recent years without our contact being completely broken off came to visit me because I had asked him as an expert how I could somehow save all the pictures on my mobile phone permanently, and at the same time have access to them. He was able to help me, but then made the suggestion on his own whether I would like to create a website with my pictures. He knows all about it and has the time and desire to do so. I just had to say yes. Which I did spontaneously.
So it was agreed. With it something began to grow, which I had seen the day before still in far distance. But the child also needed a name. I felt that a new reality had entered my life here, namely me as a public person (however it should end). For this person I looked for a suitable expression. I did not only want to be registered. I wanted to lift my finger, to announce myself. I wanted to be noticed and called upon to participate in this teaching of life given relatively late in life, to do it differently than I did at school.
Then one must not hide behind the broad back of the person in front. So I would have to call here, and if someone should ask me back: WHO’S CALLING? then I wanted to say: HAUSMEISTER HEUSER. That’s how it is. I am the one with the strange name (and the pretty signature HmH…

The first idea was to call me HAUSMANN HEUSER in a kind of self-stigmatization (since there were no doctor and nobility titles). But I haven’t been this kind of supporter on the family front at home for a few years. A large part of the days I spent really with painting and developing ideas and looking for affordable picture frames etc..
In any case, I liked the alliteration, the equality of the two initial letters, as well as the supposed connection between the German HAUS (house) and  HEUSER/HÄUSER (houses). Two words that sound the same in German. When I then associated painting and the Old Masters (MEISTER), I came across Hausmeister, a handicraft activity that does not require specific skills, but is rather judged from the result. Someone who keeps a house in good shape, someone who can do and organise things he cannot do. So in the ideal case at the end all are content, the landlord and the tenants.
In this description I saw and see parallels to my way of painting. I do what I can and organize what I cannot do. Not being able to do that challenges the creativity that often produces an amazingly simple substitution for not being able – and at the end there is a picture of which many say: how beautiful! and then: how did you do it now? and: Is that an app? No, that’s no app at all. Almost every smartphone can do that. And painting the print afterwards with a few felt-tip pens, as I did more and more often later, is also no problem. But I don’t want to leave the question of how unanswered. More about that another time.